Deadly Thrash Metal from Russia. Every time I put on the latest Pokerface album, Game On, I’m actually surprised about the amount of aggression I hear and yeah, it’s a Thrash band so it’s supposed to be there but still. Lady Owl joined Pokerface in 2016 and took care of the vocals on Pokerface’s second full-length Game On. The band will hit the road soon on a European tour and you better make sure you catch this aggression machine live!

You’re going on a European tour with the band shortly, excited about it?

What is the ultimate kick of being on stage?

Well, when I’m on the stage I feel like I can run the world, haha. Feeling a lot of power!

Is there a special item that you always take with you on every tour, a good luck charm maybe?

Nothing special, really. But I’m wearing a few jewelry things all the time that makes me feel more comfortable. And I’m always wearing something with owls.

How did you discover your own style of singing and do you have advice for other singers looking to develop their own sound?

Hmm, you know, my own style is a combination of many different styles. As a singer and a vocal teacher I can use a dozen of different techniques, but at the same time you can lose your own face, so I’m just trying to do what I naturally can and love to do. I’m happy that Pokerface allowed me to add some clean vocals to the album, was an important point for me to show my personality. And my advice for singers is never imitating anyone. Never. Learn the technique and care about your voice.

What do you like about being a singer in a thrash metal band and how did you end up in the metal scene in the first place?

Thrash metal is very emotional music, kinda aggressive. And I can really express a lot of feelings through music, lyrics etc. And it’s interesting and not so easy to create such “simple” music. I’ve never been a thrash-metal lover but now I understand how cool that music is. I was singing in metal bands since school times when I was 13-14 years old. But my first professional experience was in 2014. Circumstances were such that since that time I constantly worked in thrash metal music and then I joined Pokerface in 2016.

Why is Game On the best album Pokerface made so far?

Because we’ve been working really hard on it. Extremely. That time was so stressful but we did a good job I guess. Pokerface was transformed a few times, the line up has been changed, so that’s the reason.

How has the overall response been so far from music critics and fans on Game On?

Good enough I guess. People like the album, critics do so! But I think Game On deserves even more attention.

Game On is almost one year ago released, looking back at it, what could have been done better according to you?

Well, maybe I would change a few vocal lines or add some things concerning mastering stuff but I’m mostly satisfied by the job we did.

What can you tell me about the situation for metal bands in Russia at the moment?

People in Russia mostly love hip-hop, of course, we have some big names on our metal scene if I can say it that way, but new bands haven’t got a big chance to catch the lucky break.

Thanks for answering Alexandra, my last question is…. how do you deal with a bad hair day?

Hehe, dry shampoo and a bun:) Thanks for your questions !!!

View all posts by Stefan

This site uses Akismet to reduce spam. Learn how your comment data is processed. 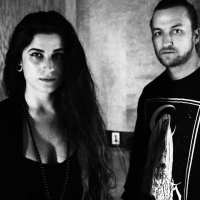 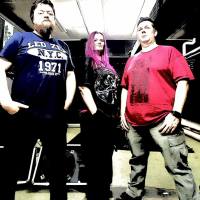 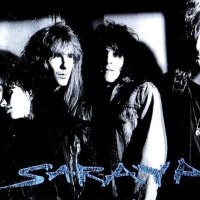 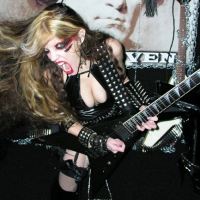